Today’s gaming industry is blessed with many companies offering a variety of games for all categories and every year there are more and more surprising games. We’re used to playing games with great graphics, stories that provoke a variety of feelings, different genres (so we don’t get bored) and different mechanics that diversify the player experience.

It’s interesting to look back to when the industry was in its early days and see where and how some of the things, such as mechanics and ideas we see in games today, were born.

One of the most popular game genres today is the first-person shooter. The game that set the beginning of this genre was Wolfenstein 3D. It became the definition of run-and-gun gameplay. A fast-paced shooter, full of enemies at all corners and very gruesome. What more could you want?

Game creators John Carmack, Tom Hall and John Romero had high expectations of their company but probably never expected to set the standard for the genre.

Even non-gamers know how violent and explicit Mortal Kombat is. The Mortal Kombat series of games is a benchmark in the gaming industry whether you’re talking strictly about the fighting game genre or gaming in general. The games in the series are renowned for their excessive violence and attention to detail when it comes to taking out an opponent’s heart or decapitating them with finishing moves called “Fatalities”.

The first game in the series caused a lot of controversy at the time because of the explicit violence. Certainly, the creators didn’t want to make a game that would spark nationwide controversy in the United States. But critics in the gaming world argued that the game should not be bought and played by children. So an Entertainment Software Rating Board was set up to determine a system that assigns a minimum age for buying and playing certain games. A system similar to that used for films or music.

Until the first Resident Evil game, there weren’t many proper horror games. Most of them tried to create creepy monsters but failed to strike much fear into players. Resident Evil brought some realism to the game with its small arsenal of weapons and ammo, which had to be used wisely because it was limited. Thus you had to ration the resources on hand. This created a different atmosphere from other games where you could find resources everywhere.

You had to be careful around every corner and every open door increased your tension. It caught on so well with audiences that it spawned a new genre of games, that being survivor-horror.

At the time, having a dynamic system that allowed you to move the camera independently of the character was revolutionary and completely changed the player experience. Nowadays, just about every third-person game uses a system similar to the one used back then. In the gaming world, Super Mario 64 is considered the origin of 3D gaming.

Final Fantasy is one of the most popular franchises in the world and it’s no surprise that one of its games defined the RPG genre as we know it. Final Fantasy VII was a hit in Japan but it was unexpected for the game to be so appreciated in America. The RPG genre wasn’t as popular in America back then and Final Fantasy VII is thought to be responsible for popularizing RPGs in the American video game market.

FFVII was praised all over the world for its storyline, revolutionary combat system and relatable characters. The game become a phenomenon in the industry because of its interactive story combined with action and adventure. The fact that FFVII got a remake in 2020 shows how much the game changed and inspired the industry.

We all know and love Hideo Kojima for his talent and vision for making video games. Metal Gear Solid is a game that changed the way video game stories are told with its dramatic storyline and incredible cinematics. It was the cornerstone of what video games became, a mixture between gameplay and cinematics. This mixture has enhanced the players’ experience and we see it nowadays in almost every game.

Another aspect that made Metal Gear Solid stand out was the stealth mechanics and the adapted AI of the enemies. This created a whole new play style for an action game. If you weren’t patient enough to wait for the right opportunity to strike or move, you could have been instantly surrounded by 5 enemies. Therefore you had to play how the game wanted you to play. No more run and gun, I guess.

Half-Life is a series that is loved across the world, which paved the way to a new genre of gaming. The focus on a central character like Dr. Gordon Freeman , who had to survive alien attacks while trying to get out of a research facility, hooked players and became a success. The influence of Half-Life transcends genres and throughout the years many games borrowed a thing or two from its playbook.

Games that have environmental storytelling or give you light as a limited resource, are inspired by Half-Life regardless of their genre. Some of those games are Outlast, Amnesia and Dead Space.

In 1998, when Legend of Zelda: Ocarina of Time was released, 3D game design was at the beginning of its development. After Nintendo managed to design an incredible camera system for Mario 64 they wanted to do even more. Every player experienced the world of Hyrule the way Nintendo intended. The exquisite level design and the fixed camera is what Nintendo was aiming for and they didn’t disappoint.

The game became popular even before its release. Over 500000 copies were pre-ordered by Americans at the time. Nintendo needed Ocarina of Time to be a success, but it became more than that. Legend of Zelda: Ocarina of Time is considered to be the most iconic 3D action-adventure game by audiences and developers.

A game that simulated real-life and where you could live your life as you wanted. Sims allowed players to do as they pleased within reason. We did everything here, all the things we couldn’t do or the things we were afraid to do in real life. In Sims, you could choose the profession you always wanted, create the perfect house, get a pet and so on. The most unusual thing was that there were no goals to achieve, no enemies to kill and no greater purpose for your character. It was just a peaceful game in which you can do normal things, have fun and relax.

At the beggining Sims was an odd game for the audience, but after a short while it became the best-selling game on PC. It still holds that record today.

Grand Theft Auto III revolutionized the open-world games as we know them nowadays. Open world games are a significant part of the industry today, but back then what Rockstar did with GTA3 was something else. Players were free to explore Liberty City as Claude, a convict on their way to get revenge on former partners. While the story was simple and straightforward, the players could do almost everything. Most of the time players neglected the story missions and just explored the world while goofing off. You could steal and drive any vehicle across the map for as long as you wanted. The world reacted to what you were doing and there were consequences for your actions.

GT3 showed the industry how an open-world experience should be. Since then a lot of open-world games inspired by GT3 and tried to mimic and improve that experience. Some games that succeed are Skyrim, The Witcher 3: Wild Hunt and The Legend of Zelda: Breath of the Wild.

Certainly not the first MMO, but the one that changed the genre forever. To this day, World of Warcraft remains the best MMO ever made, a game spanning decades and millions of players all around the world. While nowadays it was surpassed by games such as Final Fantasy XIV or Lost Ark in popularity, one cannot deny the importance it had on gaming culture.

World of Warcraft is synonymous with early 00′ gaming and LAN parties. Despite its shortcoming in recent years and the bad reputation of Blizzard, WoW remains one of the most influential games of all time.

The best-selling game of all time, and certainly in the top 5 of the most popular, Minecraft is the definition of passion. Created by just two people, it has grown to be a game that almost anyone, gamer or not, recognizes. Its procedurally generated world creation and the various possibilities that a player can enjoy the game made it what it is today. The only limit is your imagination. 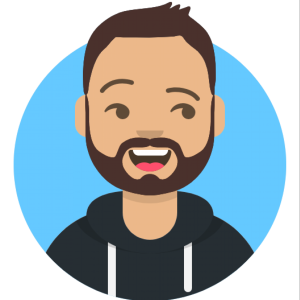 PlayStation Plus May 2022 Games: Worth Playing or Not?

Why are Open-World Games so Popular?

Subscription Services in Gaming: Are they worth it?