Gearbox creates another game in the Borderlands universe and this time it brings something special to the industry. We tested it on PlayStation 5, and you can read our final impressions below. After the major impact that the DLC to Borderlands 2 – Tiny Tina`s Assault on Dragon Keep: A Wonderlands One-shot Adventure – had, a separate, self-contained, standalone game has emerged. It is called, in short, Tiny Tina`s Wonderlands. The game has a very good selling point to D&D fans around the world (including me) for its theme alone.

Even though Gearbox servers leave something to be desired even a week after the official release, we won’t score, or rather depose, the game for these problems. From day one there have been problems, with most gamers unable to play co-op. However, this is a technical issue for Gearbox’s entire Shift system, not just this game. Gearbox could not, and still cannot, provide stable servers. It may be that a large number of players took them by surprise, but at least a stress test should have been done before launch.

*If you continue reading, please note that this review contains some spoilers from the game’s story.

Straight to the point, the story is good, but not formidable. Sure, there are a few elements we loved, such as the impact of Torgue and his love of explosions on the world.

At the same time, the story leaves something to be desired when it comes to length. The first time I finished the story I was playing alone, and by the time I hit 25 hours of playing time, I already finished the story, leveled up to 40, got to mythic rank 50, and was already at chaos level 5.

So yeah… we did most of the things in the game. I`m only missing about 4 trophies for platinum (chaos levels and getting all and final upgrades) in less than 30 hours of play.

A shock comes when you discover who Dragon Lord is, along with a dark part of Tina`s past. I’d say it’s unsatisfying that you only have one villain in the story that you chase for 20 hours.

The side quests are interesting, but there seems to be something missing. Many of them end far too quickly. It deserves credit where credit is due for all those references, but it feels like a rushed game.

If it was presented as a second DLC in Wonderlands for Borderlands 2 no one would have minded. Still, for a $70 game, we expected to be able to play more than, say, 35 hours on a single character.

For a first-person shooter, Tiny Tina`s Wonderlands managed to implement the RPG concept very well. Also, the haptic feedback for the different weapons is nice and makes them unique in terms of recoil control.

A lot of the weapons are different, and most of the legendaries have completely different firing modes. At the same time, compared to previous Borderlands games, it feels faster, which isn`t necessarily a bad thing.

Unfortunately, perhaps like the story, the game feels unfinished. At one point, you seem to become unstoppable, even with the Hard debuffs you get at Chaos Chamber.

You get to a point where you have no opponents and you’re cutting through bosses like cheese. You have no PVP option (in the previous DLC you could at least duel), and the multiplayer is co-op only. It`s a shame for this genre of game.

We`ll try to be clear here – the graphics and art style are ok, but nothing too crazy.

Given the sequence of maps and how many things you have access to at once, we don’t see why this loading screen couldn’t have been eliminated, as it is in Horizon Forbidden West, a much more eccentric game in this regard.

On the PlayStation 4 version, this downtime regarding the loading screen is even greater, about 20-30 seconds longer than on PlayStation 5.

The voice actors are doing their job very well. At the same time, something I found very cool is that when the companion kills an enemy, a voice line will start. For the Clawbringer, this will be something like “Who`s the Alpha now?” (having in mind the size of the pet wyvern) or “What a belly rub you will get!”.

These are nice elements that I want to see more. However, the lines of dialogue seem to ruin the game for you sometimes. Of the few bugs I’ve encountered, most are related to sound and the triggers that activate them.

Surprisingly, the spells and Action Skills integrate well between the shooting rounds and define the classes quite well. Perhaps the most influential things to classes are the companions (if they have one) and the item the class relies on.

As an avid World of Warcraft fan, I’ve been trying to become a Death Knight of sorts, my favorite class, and the game really lets you do that. I had the resilience of a Blood DK, combined with the very high damage of the Unholy companions.

If the above makes no sense to you, I apologize. To sum it up in normal language – classes have their own identity, and this is perhaps most important in an RPG.

If you’re into RPGs and/or D&D, this game is a must-buy. The atmosphere is sensational, and that`s the important thing, to be honest.

If you have at least one friend to play Tiny Tina`s Wonderlands with, the game is worth it, as long as you manage to stay connected and the servers don’t crash again.

It’s like this game was designed to be played in squads because it doesn’t offer the same satisfaction when completed alone and neither has the same game length as other AAA titles.

Therefore, the story may be short in order to ensure you will finish it together eventually. 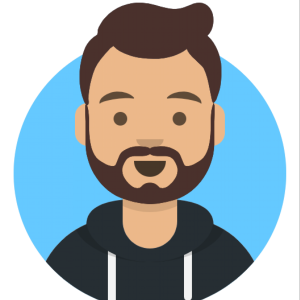